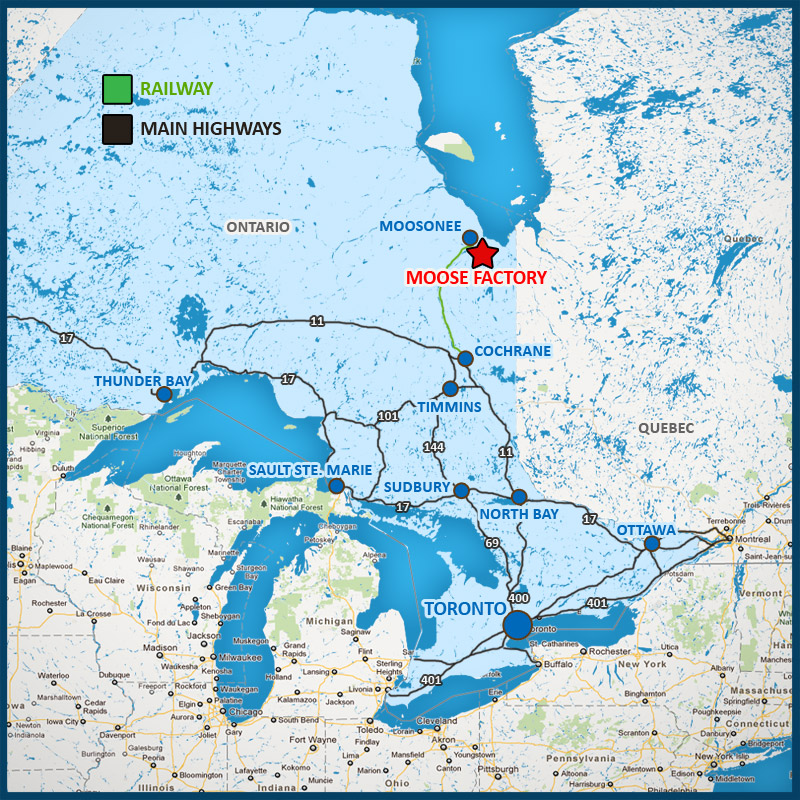 Moose Factory and Moosonee is two small islands near the James bay.

In Moose Factory, near the center of the island there is a park known as the museum which has fragments of history in it, Such as the buildings that reside in it which can likely be the oldest wooden buildings in Ontario.

This Museum also holds relics of the past, such as a canon, blacksmith, Clothes and a Anchor.